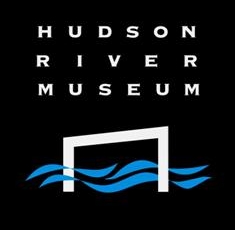 Kill Your Best Ideas, The Battle for New York and Its Lifeline, the Hudson River

Frohawk, artist and storyteller, paints and writes stories about battles, conquests, and the cast of characters that makes it all happen for his imaginary Republic of Frengland. In ink, acrylic and tea, on paper and on canvas, Frohawk, born Umar Rashid in 1976, creates a fictional world that looks quite a bit like our real one.

This exhibition is the final episode in the artist’s series on Colonial America, his successful combining of art, history, and sometimes wicked but always fun-to-read commentary on people — Europeans adventurers and explorers, North American Indians, freed and enslaved blacks, and ravishing women who love, laugh, and die on the banks of the Hudson from Manhattan up to Lake Oneida.

Based on a True Story: Frohawk Two Feathers and Duke Riley

History's once unquestionable integrity has eroded over time, with as much fiction, interpretation and imagination revealed in the pages of our esteemed libraries as actual facts and events. The volumes written, disseminated and institutionalized by presiding political entities are now compromised by a swelling number of alternative histories – giving voice to minorities, migrants and those formerly on the losing end of landmark battles. In this expanded, if no less tangled forum there now live as many versions and renditions as there are subjects to voice them.

Chicago-born, Los Angeles-based Frohawk Two Feathers is an artist, historian, and self-described "myth-maker" who re-imagines 18thcentury colonial history through a fictive cast of slaves, revolutionaries, militiamen and aristocrats. On flags, parchment and otherwise invented heirlooms he fuses historical portraiture, indigenous traditions and folk art with hip hop culture, role playing and rebel fantasy. Together, these artists cast outlandish, irreverent and ultimately insightful visions of the way the world was made.

Frohawk Two Feathers, Paul Villinski, and John Salvest at the Kentucky Museum of Art and Craft

Ritual and Residue: The Art of Drink

Ritual & Residue: The Art of Drink focuses on rituals formed around tea, coffee, beer, wine and bourbon and the residue left behind. These beverages, created by humans, have inspired countless cultural traditions from decorative vessels to social gatherings. Whether habit, necessity, or custom, consuming beverages is often a community endeavor.  In contemporary life, ideas are shared over a cup of coffee, friends meet at the bar, and a sip of bourbon unites an entire state in camaraderie.

Frohawk Two Feathers at the Wellin Museum of Art

You Can Fall:The War of the Mourning Arrows(An Introduction to the Americas and a Requiem for Willem Ferdinand)

You Can Fall: The War of the Mourning Arrows (An Introduction to the Americas and a Requiem for Willem Ferdinand)

Los Angeles-based artist Frohawk Two Feathers is known for his inventive and playful re-imagining of history. His intricate drawings include portraits of colorful characters, reconfigured maps and narrative scenes.

Frohawk Two Feathers at The Nevada Museum of Art

‘And Those Figures Through the Leaves. And That Light Through the Smoke,’ Part Two of "The Americas"

Frohawk Two Feathers is the artistic alter-ego of Umar Rashid, born in 1976 in Chicago, Illinois. A performer, writer and artist, his work is filled with real and imagined colonial histories and often takes the form of mixed media paintings that resemble Native American ledger paintings. Central to the understanding of Two Feather’s work is a construct he calls “Frengland.” The artist explained, “Frengland is a place I created that presupposes that 18th century England and France were never at war with each other and that they merged into one huge, unstoppable colonial empire. Imagine all the countries they conquered put together. They’d put a flag in most of the world.” And Those Figures Through the Leaves. And That Light Through the Smoke is the second installment of Two Feathers’ “The Americas” series, which takes place on the continents of North and South America. . .

WE BUY GOLD, WE BUY EVERYTHING, WE SELL SOULS

MCA Denver will present the first solo museum exhibition dedicated to the work of Frohawk Two Feathers, the pseudonym for L.A.-based artist Umar Rashid. The exhibition, entitled Frohawk Two Feathers: We Buy Gold, We Buy Everything, We Sell Souls, will be on view from June 21, 2012 through September 9, 2012, and feature more than 20 paintings, works on paper and sculpture. Over the course of his career, Frohawk Two Feathers has created works that provide a magnificent re-imagining of history, narrating the story of Frengland, his fictionalized empire of a combined France and England. His drawings are detailed accounts of the traditions and rituals associated with the Frenglish leaders and culture, confronting issues of racism, power, greed, and ideological opposition within an invented period during the eighteenth century. By re-imagining colonial history, his work shows the subjective nature of historical recollection.

Co-curated by Nora Burnett Abrams and Tricia Robson, the presentation at MCA Denver focuses on key characters and battles from the initial formation and early expansion of Frengland, as well as subsequent imperial conquests and campaigns against the crown. Rooted in this early history, the artist produced new works for this exhibition that further develop the complex narrative of the Frenglish empire, expanding the scope of his earlier work to North America and linking the narrative of Frengland to Colorado.

The exhibition’s opening celebration kicks off Thursday, June 21, 2012, at 6PM for members and 8PM for non-members. The museum’s hours will be extended until midnight (12AM, Friday, June 22), with special events surrounding the summer solstice, including a rap performance with Superdeluxe featuring Umar Rashid and Micah James.

The exhibition is sponsored in part by Tina Walls, MCA Denver’s Director’s Vision Society members, and the Andy Warhol Foundation for the Visual Arts. We would also like to further thank the citizens of the Scientific and Cultural Facilities District.

Frohawk Two Feathers at the Santa Barbara Museum of Art

Stranger Than Fiction: Narrative in Works by Selected Contemporary Artists

At our second Atelier of the season on October 21st, we were graced with the charismatic presence of LA-based artist Frohawk Two-Feathers, whose work is currently featured in the exhibition Stranger Than Fiction. Guests donned pseudo-historical costumes and posed with an array of fun props for photo portraits taken by the artist—inspired by the photographs he takes of his friends that serve as studies for his drawings.

View More
Back To Top